The Food and Drug Administration (FDA) has approved Adcetris (brentuximab vedotin) for treating patients with Hodgkin lymphoma who have already had a stem cell transplant or are not eligible for one. The drug was also approved for patients with systemic anaplastic large-cell lymphoma (ALCL), who have not improved with at least one previous therapy.  Adcetris is a newer type of drug known as an antibody-drug conjugate: a manmade antibody that targets 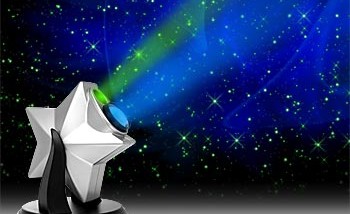 Everolimus is an oral antineoplastic agent that targets the raptor mammalian target of rapamycin (mTORC1). The phosphatidylinositol 3-kinase/mTOR signal transduction pathway has been demonstrated to be activated in Hodgkin lymphoma (HL) and there was speculation that everolimus might be effective for this disease. Johnston et al studied everolimus in 19 patient. Patients had received a median of six prior therapies (range, 3-14) and 84% had undergone

Current front-line chemotherapy drugs are very effective against Hodgkin's  lymphoma but patients who relapse after receiving them are less likely to achieve long-term, disease-free survival with current salvage therapies. This is because Hodgkin's develops resistance to the drugs or the tumor's biology changes in some way to reduce their effectiveness. This led to researchers testing newly released drugs for this purpose. Zolinza is approved

Relapsed or refractory Hodgkin lymphoma is a challenging problem for clinicians who treat hematologic malignancies. The general approach involves salvage chemo and a consideration of stem cell transplantation, if salvage succeeds. Unfortunately, there are no direct comparisons of different salvage combinations and no consensus on the gold-standard second-line chemotherapy. The published randomized controlled trials (RCTs) of ASCT for RR-HL used mini-BEAM

Lay Summary: Rituxan is a promising drug for Hodgkin's.     According to results recently published in the journal Blood, Rituxan® (rituximab) appears to be a promising agent in the treatment of some patients with recurrent Hodgkin's. Monoclonal antibodies have recently emerged as therapeutic strategies for various cancers, particularly non-Hodgkin’s lymphomas. Monoclonal antibodies are proteins that are designed through laboratory processes

Some 20-30 % of patients with Hodgkin's lymphoma achieve a remission and then relapse. In general, the longer the initial complete remission, the better the outlook with any form of salvage therapy. A variety of treatment regimens have been used for patients with relapsed Hodgkin's disease. In addition to MOPP or ABVD in patients who received the opposite regimen initially, a number of other treatments have been used. Unfortunately, the number of

PET and CAT for followup of Hodgkin’s – pro

How to follow Hodgkin's after a documented remission has always been controversial. Historically,  follow-up protocols were based on a report generated in 1999 by pathologists, radiologists and oncologists from the Cotswolds meeting in 1999. This report recommended that patients be assessed every 3 months during the first 2 years post-therapy, every 4 months during the third year, every 6 months during the fourth and fifth years, and annually thereafter.

Oxaliplatin and Rituxan for Hodgkin’s – pro

Rituxan is a promising drug for Hodgkin's but more studies need to be done. Oxaliplatin is currrently in a clinical trial: Oxaliplatin in Treating Patients With Relapsed or Refractory Non-Hodgkin's Lymphoma., NCT00006473, completed but not published yet. It is a Phase II trial to study the effectiveness of oxaliplatin in treating patients who have relapsed or refractory non-Hodgkin's lymphoma. According to results recently published in the journal

Gemcitabine and vinorelbine are somewhat effective but toxic when few options remain, but more investigation is needed. The optimum therapy for patients with relapsed or refractory aggressive HOdgkin's not qualifying for high-dose chemotherapy is not known. Hodgkin's lymphoma patients who relapse or do not respond to primary treatment require an adequate salvage therapy. HDCT followed by ASCT is the treatment of choice for this group of patients.

Some 20-30 % of patients with Hodgkin's lymphoma achieve a remission and then relapse and some do not respond to standard therapy, such as ABVD and are called refractory.  In general, the longer the initial complete remission, the better the outlook with any form of salvage therapy. A variety of treatment regimens have been used for patients in these groups of Hodgkin's disease. In addition to MOPP or ABVD in patients who received the opposite regimen