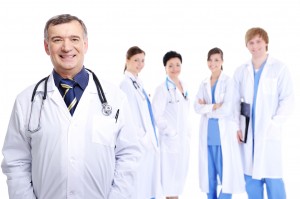 There is evidence that the MTOR pathway plays an important role in renal cell cancer. It is also effective in neuroendocine cancer. Treatment with Afinitor® (everolimus) Tablets in combination with Sandostatin® LAR® (octreotide) produced good results in a study presented at the 11th World Congress on Gastrointestinal Cancer in Barcelona, Spain, in 2009.84% of patients with advanced pancreatic neuroendocrine tumors (NET) who took Afinitor® combined with Sandostatin® LAR® experienced tumor shrinkage. It is now listed by NCCN.

RADIANT-1 (RAD001 In Advanced Neuroendocrine Tumors) was a Phase II study of 160 patients with pancreatic NET resistant to treatment with cytotoxic chemotherapy. The final analysis shows that patients who received Afinitor in combination with Sandostatin LAR, an approved treatment for symptom control in certain types of NET, remained progression-free for a median of 16.7 months, nearly four additional months since the first analysis was reported. In addition, 84% of patients receiving combination therapy experienced a decrease in tumor size. Patients who took Afinitor monotherapy remained progression-free for 9.7 months and nearly 60% of patients experienced a decrease in tumor size.Furthermore, the results of RADIANT-1 were evaluated to explore biomarkers that may help identify the patients most likely to benefit from treatment with Afinitor. An analysis of the study data showed that patients who demonstrated an early response on chromogranin A (CgA) and neuron-specific enolase (NSE) levels experienced longer time without disease progression compared to patients who did not have an early response on CgA and NSE levels. An update was published in 2010 Journal of Clinical Oncology.
More recently, Radiant 2 Phase III study of Afinitor® (everolimus) in combination with Sandostatin® LAR® (octreotide acetate for injectable suspension) extended median progression-free survival (PFS), or time without tumor growth, in patients with advanced neuroendocrine tumors (NET) compared to taking octreotide LAR alone. The study was presented at the 35th European Society for Medical Oncology (ESMO) Congress.

RADIANT-3, a Phase III trial study evaluated the potential of Afinitor plus best supportive care to extend progression-free survival (PFS) and reach overall survival (OS), as well as to examine the biomarker CgA as a secondary objective. Results from the RADIANT-3 trial, which were also presented at the ESMO Congress, show that everolimus more than doubled median time without tumor growth from 4.6 to 11.0 months when compared with placebo in patients with advanced pancreatic NET (hazard ratio=0.35 [95% confidence interval, 0.27 to 0.45]; p<0.0001). Findings from this study were also presented earlier this year at the 12th World Congress on Gastrointestinal Cancer in Barcelona.However, PFS goals based on central radiologic review of the data (p=0.026 versus p=0.024 predefined) were not met.

It is now listed by NCCN CARC-6 as Category 3 recommendation after resection, observation or octreotide therapy without regard to the site of origin. A recent study tudy in patients with advanced nonfunctional neuroendocrine tumors (NET) of gastrointestinal (GI) or lung origin met primary endpoint. The primary endpoint of this RADIANT-4 was PFS. Secondary endpoints included safety, objective response rate and overall survival.

Gunter K, Perren A, Heitz PU The Gastroenteropancreatic Neuroendocrine Cell System and Its Tumors: The WHO Classification. Ann. of the New York Acad of Sci. 2006 Jan 16 2005;1014:1