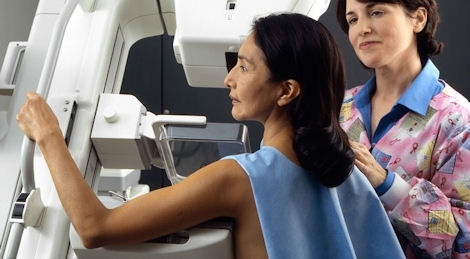 (Faslodex)Fulvestrant is a selective estrogen receptor down-regulator (SERD). It acts not by competing with estrogen at the estrogen receptors, but by selectively down modulating it and causing it to be degraded and disappear.  Fulvestrant is indicated for the treatment of hormone receptor positive metastatic breast cancer in postmenopausal women with disease progression following anti-estrogen therapy. It used to be thought that this unique mechanism of action gives fulvestrant greater efficacy than other hormonal treatments but that does not appear to be the case. Four comparative clinical trials showed similar efficacy to the other hormonal agents (aromatase inhibitors and tamoxifen) with good tolerability profile. Nevertheless, Fulvestrant provided effective second-line therapy in this setting for postmenopausal women who had relapsed or progressed after previous endocrine therapy.

One might wonder then if fulvestrant has anything to recommend it in first line, especially since it is very often used in that line. For this reason,creating quite a stir, the  U.K. National Institute for Health and Clinical Excellence (NICE) said in 2011 that it found no evidence Faslodex was significantly better than existing treatments, and it did not recommend its routine use in the country’s National Health Service. It is a more convenient drug in some situations, since it is an injectable drug that is administered once monthly. There are patients, especially in institutional setting for whom once monthly fulvestrant is more realistic than either IV or daily oral drugs.

Fulvestrant and Xeloda were recently reported by Carreca et al to be tolerable and effective combination in the elderly patients.

In women with hormone-receptor-positive metastatic breast cancer, combining anastrozole and fulvestrant extends progression-free and overall survival, according to a paper released online today in the New England Journal of Medicine. Median progression-free survival – the primary outcome measure – was 13.5 months among the 345 women getting 1 mg of oral anastrozole per day, vs 15.0 months among the 350 who concurrently received 500 mg of fulvestrant followed by 250 mg at 14 days, 28 days and then at one month intervals (p=0.007).

Overall survival, a secondary outcome, rose to 47.7 months with combination therapy from 41.3 months in the anastrozole group (p=0.005), where patients were encouraged to switch to fulvestrant if their cancer progressed. The median follow-up time was 35 months. This combination is not recommended by NCCN(BINV-N, 2014).