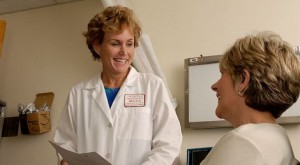 Personalized medicine approach relies heavily on chemosensitivity testing and genetic profiling of individual cancers. Temodar is one of the drugs that is usually included in chemosensitivity panels. Unfortunately, the new paradigm does not “fit” well with the existing approaches and methods for weighing and evaluating evidence supporting cancer treatments, and new approaches to do so have not yet been developed.

Temodar has some supporting, albeit conflicting evidence in renal cancer, if you follow the “old” paradigm. Park et al found it have no activity in kidney cancer, whereas Ozgur et al found it to have minimal side effects and a total response rate of 60%. Bex et al found no objective responses in a group of previosuly treated patients. Temozolamide. Sakura found Temodar and interferon to be inactive.
E. Özgür, C. H. Ohlmann, U. H. Engelmann, G. Haupt, A. Heidenreich  Temozolomide in the management of progressive metastatic renal cell cancer (RCC) following immunotherapy Journal of Clinical Oncology, 2005 ASCO Annual Meeting Proceedings. Vol 23, No. 16S, Part I of II (June 1 Supplement), 2005: 4600